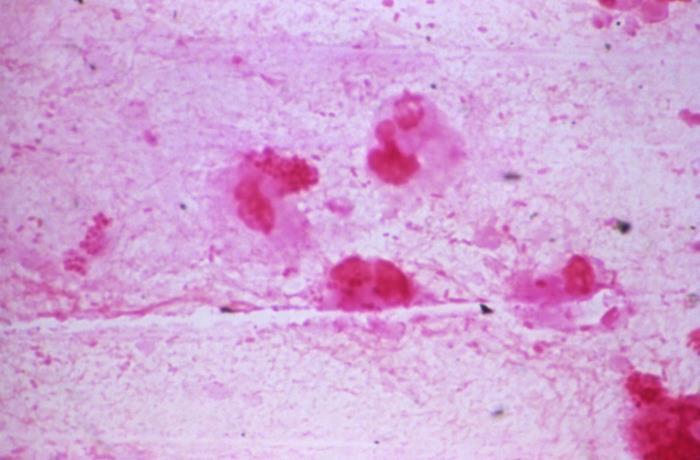 Trantracheal aspirate showing some Gram negative rods, but also Gram negative diplococci that were found in culture to be H. influenzae.

Haemophilus species is a sample topic from the Johns Hopkins HIV Guide.