Cutaneous: macular or papular lesions evolve into nodules and then vesicles or pustules (pox lesions) before crusting. Lesions often start on the face, mouth, genitals or anus. It may remain limited in a regional area and spread over the body, including palms and soles.

Proctitis: may be severe; a frequent reason for hospital admission 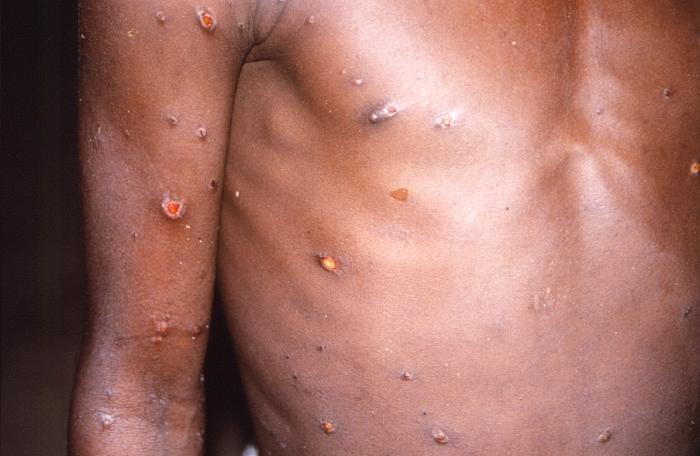 Pox lesions on a child from a 1997 outbreak in the DRC. 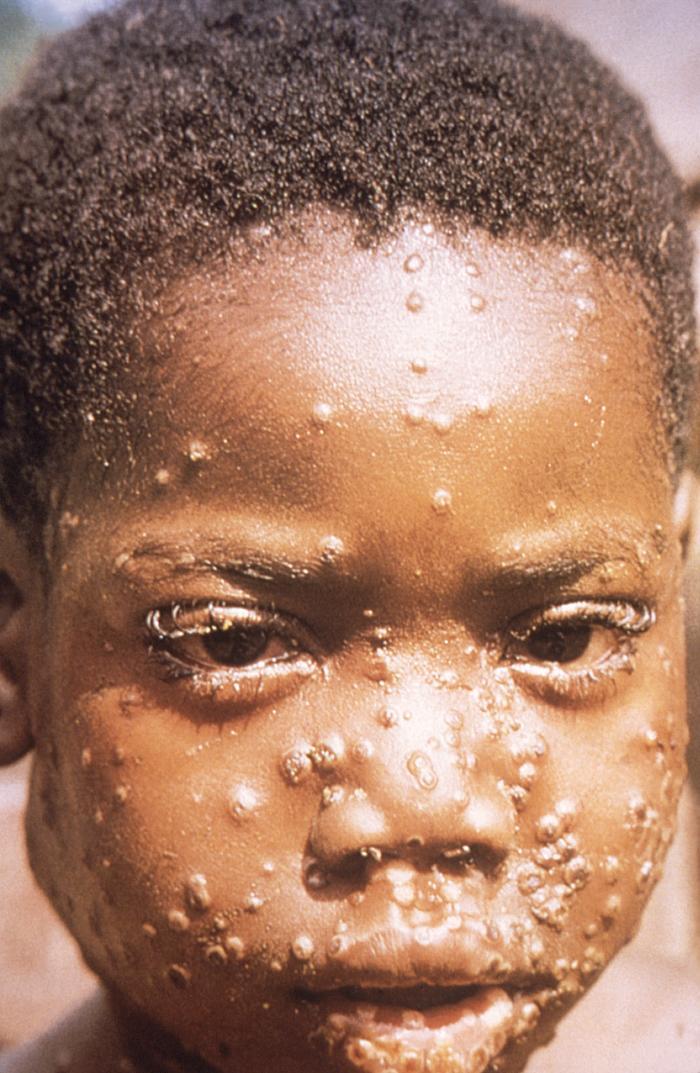 A child with numerous lesions on the face, from a 1997 outbreak in DRC. 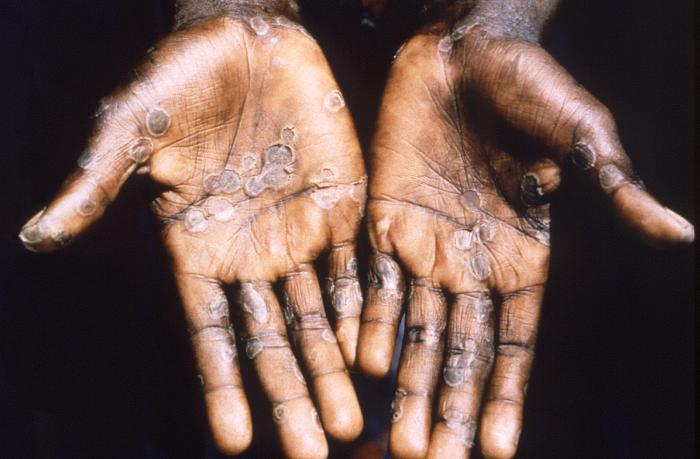 Palms with maculopapular skin lesions appearing similar to smallpox but due to monkeypox (from 1997 DRC outbreak). 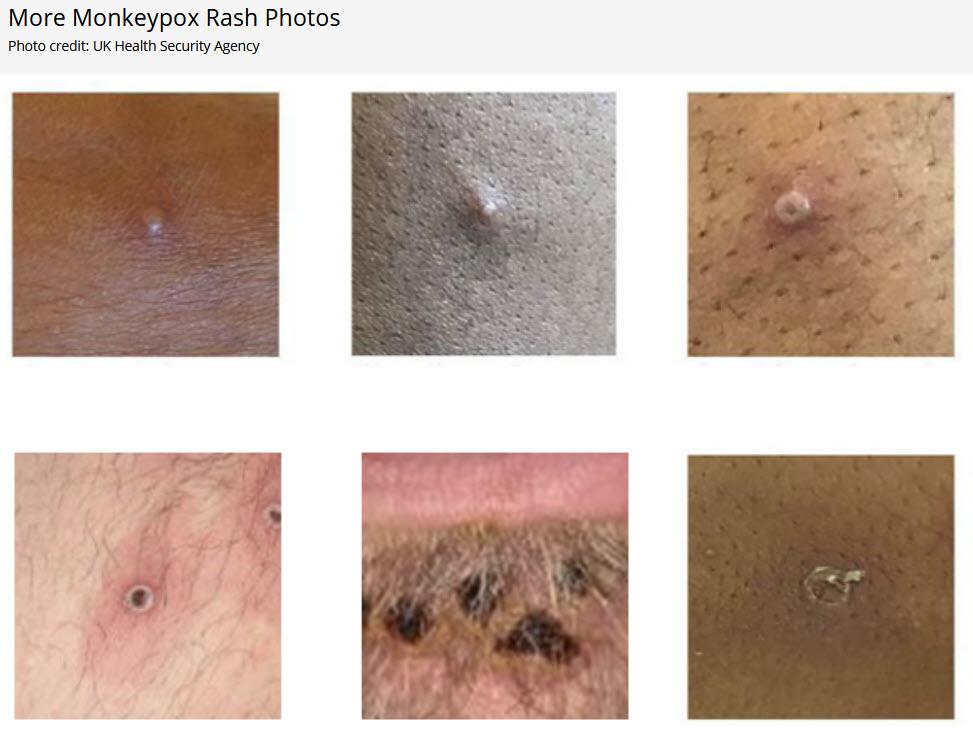 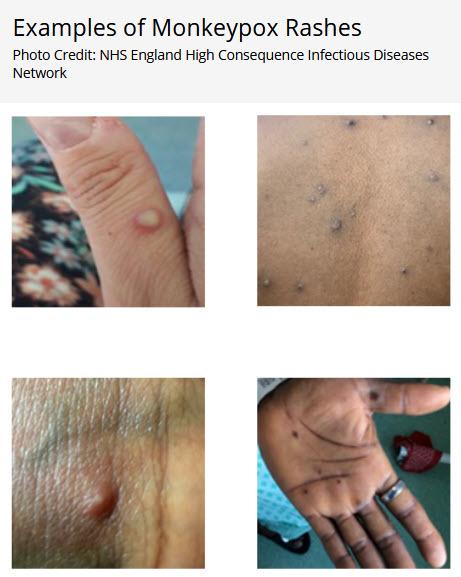 Monkeypox is a sample topic from the Johns Hopkins ABX Guide.